BLOG
You are here: Home / BLOG / Uncategorized / EB-5 Funding for Project Development – Do You Qualify?

What is The EB-5 Investment Program?

If you could build the building of your dreams and give a foreign family the chance to give their children an opportunity to embrace the American dream, would you do it? 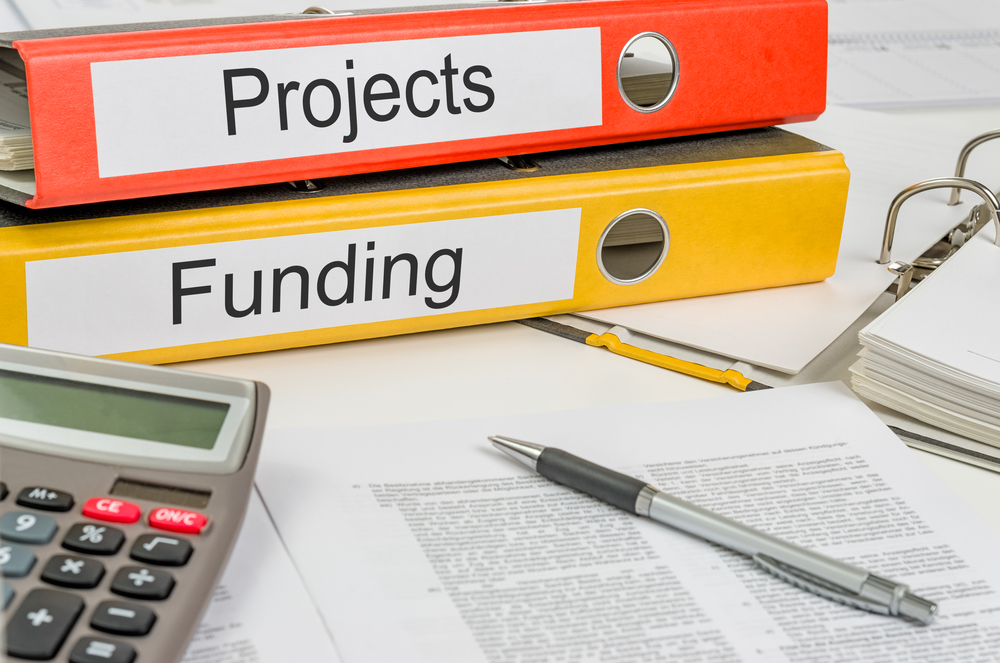 Imagine what a potential client would think of you if you could show them a way to get their project funded and save money in the process!

As an architect you often wear many hats and having the knowledge to help someone acquire project funding would certainly be a good one to add to the collection. While there are several funding options available, we are going to take a look at a lesser known but excellent source of project funding, EB-5. While EB-5 funding can be used for various types of business ventures, today we are going to focus on EB-5 funding for development projects.

A Word of Caution

As with most things in life, you have to take the good with the bad, which in this case can be the language and cultural barrier you may run into with potential investors. If you want to position yourself or you clients to take advantage of cost saving EB-5 funding, you must be able to clearly convey your idea to people who may never lay eyes on your project. 3D rendering is a great tool to use in transcending those barriers. We will talk more about 3D rendering later, first let’s see if your development project would be a good fit for this type of funding.

In 1990 Congress created an Immigration Employment Act (EB-5) that allows foreign investors to gain legal residency in the United States while investing in a new or existing development project. An investment of $1 million (USD) or $500,000 (USD) in the case of a Regional Center towards a new enterprise will grant the investor and his family two year provisional immigrant visas provided that the new development meets the requirements of the EB-5 Act. A direct investment from an EB-5 investor requires them to have a hands on role in the project whereas an investment through the regional center does not require the investor to have an active role in the project. Since funding through a Regional Center is most prevalent in development, projects, that is what we will be discussing with you today.

One of the most common developments that qualify for EB-5 funding is new building developments. Within those two years, the project must benefit the United States Economy by generating at least 10 direct or indirect full time positions per 500K invested.

EB-5 Investments into Someone Else’s Development

Many investors looking to fund a project go through what the U.S. Citizenship and Immigration Services (USCIS) calls a Regional Center. By filing their EB-5 investment through this department, they don’t have to be as involved in the development and can simply invest their money and let the Regional Center make sure the enterprise meets their visa requirements. These Regional Centers generally accrue multiple investments for their projects, which allow investors to invest in a more financially diverse building project. Under this limited partnership, an investor does not have responsibility over employees or managing the development. He simply operates within the provisions of the Uniform Limited Partnership Act.

This program is a way for investors to gain a U.S. green card while committing to a profitable development project that they invested in through a Regional Center. The EB-5 Investor Program is a positive initiative that promotes foreign investment to boost the U.S. economy through the funding of development projects.

Regional Center investors do not often actively participate in the management of a project but they are rewarded for stimulation the U.S. economy. A few of the benefits to investors are:

● Investor does not have to be hands on
● No direct involvement in the invested project
● Free to live anywhere in the U.S.

While the EB-5 funding via Regional Centers has been an option for quite some time now, September 30th, 2015 is when the program is set for review. It is possible that changes could be made to the program, so be sure to check out the USCIS website for updates. 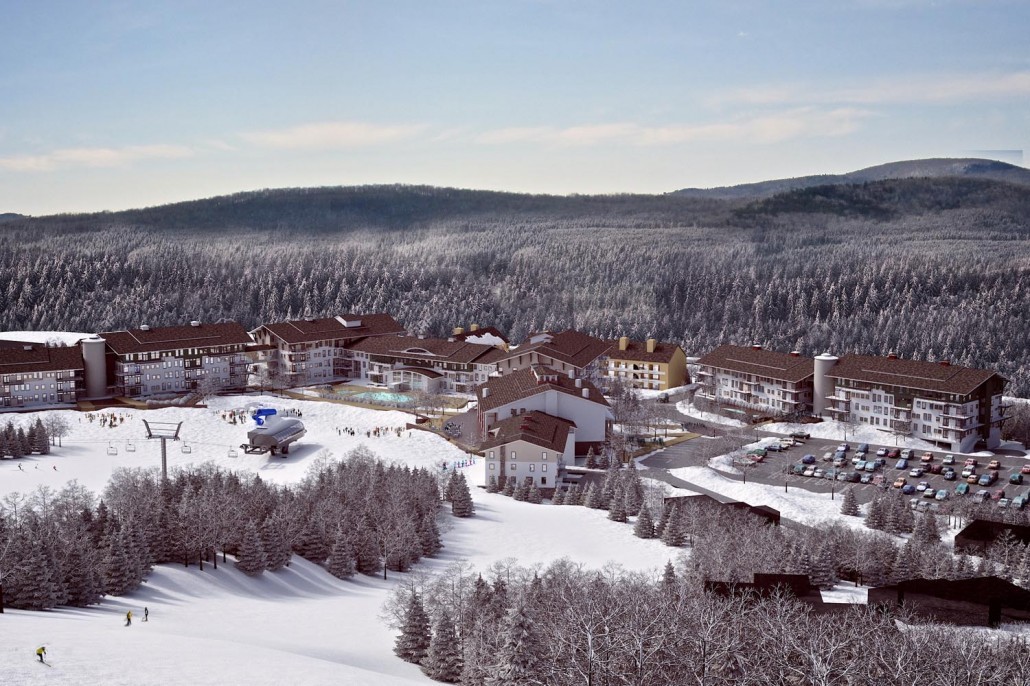 While recently speaking with a client who received EB-5 funding for their project, she shared with me an inside perspective about what making an investment can mean to the foreign families. Legally the money invested into an EB-5 project cannot be guaranteed and therefore has the risk of being lost. While many investors analyze the sheer numbers of a project and risk their capital for possible monetary gains, many EB-5 investors participate for a much different reason.

As you know, in many foreign countries the economic opportunities are far worse than in the U.S. For that reason, many EB-5 investors risk their money to provide better opportunities to their children, something we can all relate to.

While speaking with my client about what EB-5 meant for their project and what it meant to the investor, she shared a great story with me about one of the families who invested in the project getting to ski for the very first time. Those moments are priceless for the families and touching for onlookers. EB-5 funding is great for developers, architects, the U.S. economy, and the families who invest, a rare combination these days.

What Makes EB-5 a Good Source of Funding for You or Your Clients?

If you are seeking funds for you project, EB-5 is a great source to consider. EB-5 funds are offered at a lower interest rate that than of a typical loan, you do of course have to meet certain qualifications to be considered.

As with most loans you must show that you have a clear and feasible development plan. You also must show how your development project will create at least 10 direct or indirect jobs per 500k invested meaning that you need to be far enough along to create jobs with the funds. For example, a developer seeking EB-5 funds to buy land would not be a good candidate. The same developer seeking money to start building the actual structure would be a good candidate.

Even if you have a project that is a good candidate for EB-5 funding, you still are competing with others seeking funds from the same investors, meaning that you need to have a solid plan in place when asking for funds. As we mentioned earlier, 3D renderings can give you an advantage over the competition when seeking EB-5 funding.

Creating Context around Your Project

3D rendering is a cutting edge skill that turns an architect’s blueprints and outlines for a structure into a lifelike, 3-dimensional model. When a project manager and his architects pitch their ideas to investors, these models are an excellent way to communicate the concept of the building with an investor. If you can provide a realistic look at your project that provides context and tells a story, you are positioning yourself well to be the project of choice for EB-5 investors.

I was actually involved in creating renderings for a EB-5 funded project and recently, I had a chance to catch up with the project manager to enquire about her experience with EB-5 funding and the value added by our 3D renderings. We talked for a while but one thing that really stuck out to me was when she said that our rendering gave context to the project. Even without the investors laying eyes on the actual build site, they were able to see how the building would look in relation to the landscape and other buildings.

As I am sure you can imagine, pitching ideas to foreign investors may prove as a difficult challenge, especially if there is a language and cultural barrier. 3D renderings transcend those barriers and give project managers more confidence that their idea will be more wholly explained through the realistic visuals the renderings provide.

3D renderings also give your project drafts an edge over photography. Details and specifications can be easily modified in a generated rendering, which could be demonstrated during a meeting. Such tech savvy additions to any development presentation will display the innovation and professionalism of the company, giving it a better chance of approval from a foreign investor applying for an EB-5 visa.

Because the U.S. economy encourages foreign investments through the distribution of over 7,000 petition approvals a year, it is important that a new enterprise seeking funding tap into the foreign investment market. While 3D renderings alone cannot guarantee you EB-5 funding, including them along with a solid development plan will give you a strong advantage over the competition.

EB-5 funding through a Regional Center is certainly worth considering and applying for if your project qualifies.

Visual Presentations Drive Sales – A Look at 3D Rendering Architectural Visualization: A View to a Thrill
Scroll to top