You are here: Home / ABOUT PiXate Creative 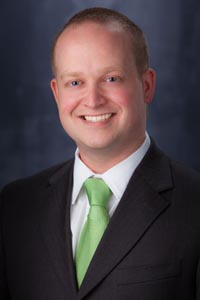 Jonn Kutyla, Founding Principal:  My interest in 3D began when the movie Toy Story was released in 1995.  I was 15 and was amazed by the idea that realistic images could be computer generated. To feed my curiosity I began working with LightWave, a 3D animation package, to create cartoon characters within environments.  Once I picked up 3D, I never put it down.  Motivated and self taught, I spent the next 12 years perfecting and improving my 3D software application skills.

In 2007 PiXate Creative was founded as a way of making my passion my career. It allowed me to combine my interest in illustration with my skills in business development.   I enjoyed the challenge of using a computer to imagine and create a building or landscape where none existed before. My first client was an architect who asked me to create a rendering of a beach house. While working on the project I knew I found my calling. I have never been as happy as when I’m creating illustrations.

As the company has grown my role has changed. To use a well worn metaphor, I have taken the role of an orchestra conductor who has risen through the ranks. Though we still work primarily in the architectural, engineering and construction markets, in the last five years our company has expanded its service offerings from 3D renders to include brand and identity packages, strategic marketing and website, and social media development.

We still create photo-realistic 3D illustrations of architecture using cutting edge software from Softimage, Maya, V-Ray, Modo and ZBrush. These are the same tools Pixar, Sony and Industrial Light and Magic are using on films like Avatar, Inception and Hugo. The difference is that we use them to make your drawings come to life.

I originally founded PiXate Creative with the intent of providing the A/E/C market, visually engaging marketing collateral. Now we can work with you to name your project, develop key messaging, help you get approvals, and more fully engage with your firm to help you become more profitable. I personally work on every project that comes in and I’m eager to help you make your plans become a reality.