Every wonder how much traffic comes to your website because of your twitter posts? Twitter Web Analytics, a new tool announced on 9/13/2011 will most likely give us some answers.

The tool is currently free and in beta.  It should be released in a few weeks.  For those who are interested, check out this screen shot:) 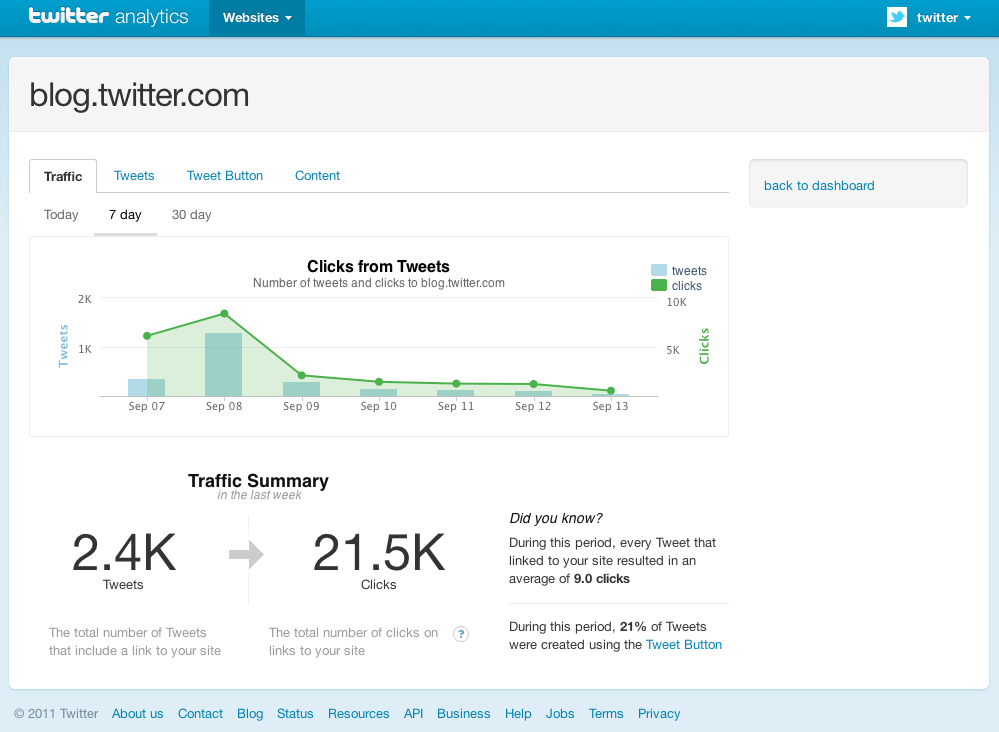