BLOG
You are here: Home / BLOG / 3D Renders / The Rule of Thirds… Why is it so Important for 3D Architecture?

One of the most well-known concepts of both 3D architecture and photography in general is the “Rule of Thirds”. The Rule of Thirds is one of the most basic foundations necessary to create an image that is both well balanced and symmetric.

The basic premise behind the Rule of Thirds is to imagine an image that is broken down into thirds both horizontally and vertically for a total of 9 equal parts. The rule of thirds discourages the simple notion of placing an image in the middle and enables you to align the subject along one of the horizontal or vertical guidelines. 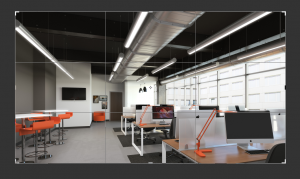 It has been proven that people’s eyes tend to drift towards these intersection points naturally rather than the center of the image, so, using the Rule of Thirds works as the most natural way of viewing an image.