For many types of businesses, keeping architectural rendering services in house is the less attractive of two options. While there might at first appear to be a built in advantage to keep some level of 3D design staff in house, for the most part outsourcing these functions produces a significant cost savings. For companies where the core function is not 3D rendering, outsourcing architectural rendering services is an exceptionally viable cost cutting measure. 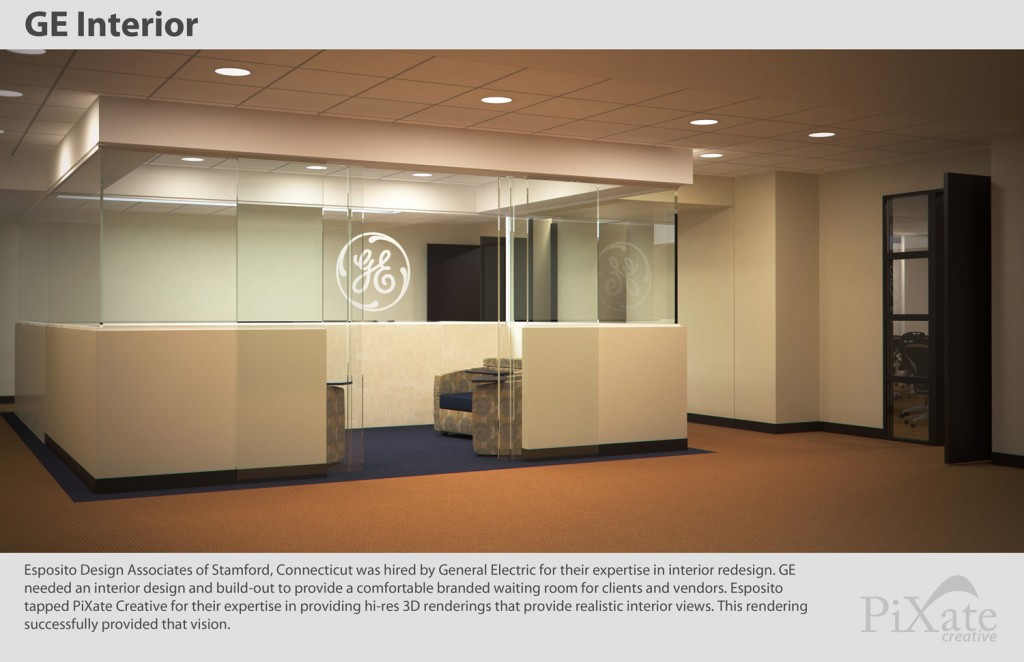 This was not a mere interior decorating job that could have been given to nearly anyone with a reasonable eye for detail. This required a substantial amount of custom installations. These included GE branded glass etchings, chairs with retracting desks to facilitate laptop use and writing and full coordination of every detail in the room’s overall decor. From the wall and floor colors all the way to the trim and the lighting fixtures, GE’s waiting room required a deep level of design skill. Obviously, an investment of this caliber required a 3D rendering for those in charge to review before the various components could be ordered.

For example, according to the Bureau of Labor Statistics, the average income level for an architect in the Stamford, CT area is $114,230 per year. This figure only considers base salary, not considering any bonuses a successful architect might earn. As well, this figure does not consider other perks, such as the average of three weeks per year of vacation time that an architect receives as part of overall compensation. As well, a highly detailed 3D drawing by an architect can run $1,500-$2,000 and take a day or more. All of these factors contribute to a reasonably large and repeating cost center. 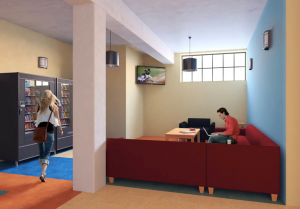 However, to outsource the need for architectural rendering services to an outside company can largely eliminate these costs. While there are some companies that require a full time designer of this nature, and can thus justify the overall costs associated with keeping someone on the payroll, most companies can save a rather large amount of overhead by outsourcing this portion of their service offering. In almost every case, the individual or company they outsource to will be equally competent. The primary difference will be an overall greater level of flexibility offered by outsourcing this portion of the design process versus keeping it in house.

Flexibility is a key component of maintaining the largest margins possible. When a project is on the horizon that requires architectural rendering services, hiring an outside company to handle this aspect of the job can be an excellent way for a company to keep focused on its core offering. When there is no need for such a service, such as during times rich with different kinds of projects, having a leaner payroll enriches other, more core operations.

Hiring a rendering company for architectural rendering services is a good idea when this operation is not a core component of the business that needs such work performed. Construction companies and companies with other kinds of focuses can maintain higher profit margins and trim costs dramatically through outsourcing such designing operations to outside companies. To see our portfolio of our work click here.

Using 3D Illustration to Sell Landscape Architecture When is the Right Time to Redesign a Website?
Scroll to top