Using drones for civil engineering and architecture can be incredibility fun, but it can also be very helpful to move your projects through the approval stage as well.  The modern drone with a camera practically flies its self, connecting to a GPS satellite and locking into place.  In a recent project in Hampton, NH we took our drone for a spin!  Here is our drone taking a picture of us, as we took a picture of it.  That is me with the iPad. 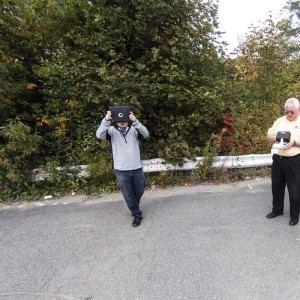 Drones can be extremely helpful for use in architectural visualizations.  There are several reasons they are so effective. 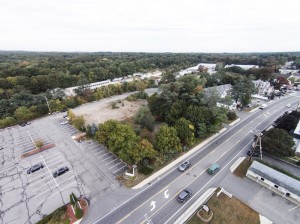 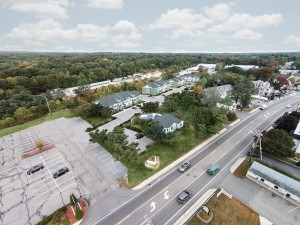 There is a common theme around architectural renders.  The general population has a very hard time picturing how projects will look when they are complete.  Control the narrative and show people who it will look.  You will be rewarded by having your projects go more smoothly.  Drones can be a really powerful tool in your arsenal, so make sure and develop some relationships with companies that have them, or pick one up and learn to fly it.  We will show you a really good build in a future post, or you can email me at jkutyla@pixatecreative.com and we would be glad to share our setup with you.